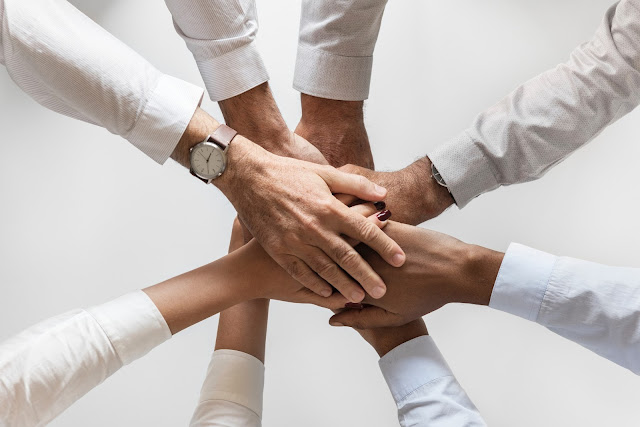 “I can’t believe he said that to me!”

Have you been there? Your blood is boiling and you’re gearing up to let loose a string of language that is definitely NSFW.

Being pushed to your limits is bad enough in regular life, but when it happens in the workplace, the way you react is crucial.

The only way to win a workplace battle is not to get into one.

No matter how mad you feel, no matter who did what or said what, going to war in the workplace is a losing strategy.

Byron Katie says defense is the first act of war. And I can vouch for this firsthand.

I have a few personal stories about rocky relationships on the job. Most of them were not proud moments. Being defensive in workplace conversations or situations is the worst behavior to demonstrate.

Once, an executive put a meeting on my calendar and came to my office to tell me that I was not doing a good job on a particular project — that I was not working fast enough, and my team wasn’t meeting its responsibilities. Without asking him why he was saying this to me, I filled up with anger and blasted him.

Game over! I ended up looking really unprofessional. My reaction did nothing to convince this executive that I was on top of the project he was complaining about.

Whenever you resort to defensive or negative behavior, you end up losing. Even if you’re reacting to someone else’s negativity.

So what can you do instead?

Here’s a three-step plan you can use when you find yourself in an uncomfortable situation with a coworker:

That last step is a big one. One way to find a new thought is to ask how you want to feel when working with this person.

Let’s say you want to feel respected. What thought in your mind would symbolize mutual respect

Maybe one thought would be that you don’t want to see your co-worker fail, and that person doesn’t want you to fail either.

Now, how would you act when working if you had this thought in mind and felt there was mutual respect between the two of you? You would probably be less defensive and more curious to understand where your co-worker was coming from.

Now, is that really what your coworker is thinking? Here’s the secret: It doesn’t matter!

Need some support with reacting to a difficult coworker? Let’s talk about a new strategy.

About the Author: BJ Gray

I’m a career coach with over 20 years’ experience working in Fortune 500 companies. As a successful executive for companies such a Apple, Oracle, and Victoria’s Secret, I’ve managed hundreds of emerging leaders, but only 20% of them had the right confidence, maturity, and resilience to effectively drive their teams. I now help companies develop high performing employees so they reach their leadership potential, which in turn creates stronger culture, higher engagement and better productivity.

Top 10 Traits of a Great Leader

How to Deal with Gray Areas in the Workplace

The Millennial’s Guide to Making Your Boss Listen To You

5 Buckets of Leadership and Podcasts for Leaders

I'm sharing some of my favorite podcasts that I listen to each week and highlighting one that I listened to [...]

I want to share with you the cornerstone for Phil Jackson’s success as a NBA basketball coach. Jackson says: “What [...]

Conflict on teams is necessary. If your organization has trust already as part of the culture then you’ve got a competitive advantage. [...]

Lobsters Shed Their Shells to Grow

This week, I’m building on last week's email about creating new results so you can thrive again in your career. [...]

Progress Is Interrupted At Work

What’s in Your Headspace?

American biologist, E.O. Wilson said, “We are drowning in information and starving for wisdom”. I think about this all the [...]

Are you curious if leadership coaching will work for your business?

GET 5 REASONS WHY COACHING WORKS

Want to unleash human
potential at your company?

Powered by Convert Plus